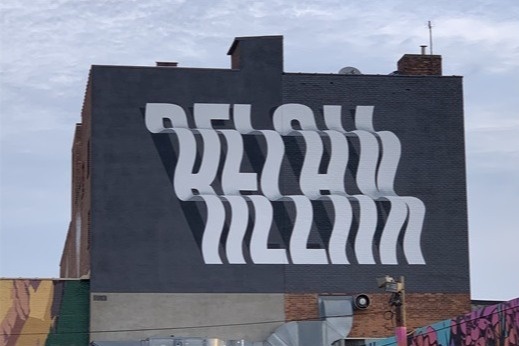 If you have not visited downtown Jackson in a while, I think you will be pleasantly surprised to witness the renewal that has and continues to take place. I am proud to see the revitalization of vacant buildings being repurposed for a new home for Jackson School of the Arts and a culinary incubator.

In 2018 and again in September 2019 the mural project, Bright Walls, hosted artists from all over the world and brought 36 murals to the downtown area and about 30,000 visitors to the festival. Willis & Machnik Financial Services in conjunction with the Phil & Pat Willis Foundation sponsored the RELAX topography mural created by Ben Johnson. Ben chose that particular word “because we live in much a busy world”. Born in Canada and raised in South Africa, Ben has worked with clients such as Nike, Google, Ford, Adobe and more.

If you cross the street and to the side of the former Vermeulen’s building, now known as Kitchen 135, you will find depicted the children’s story of the lion and the mouse designed and painted by Emily Ding of Houston, Texas. Several of the artists used their canvas to depict parts of Jackson’s history. Key Detail and Julia Yu-Baba, originally from Belarus, painted “vintage style” a Jaxon- the first car manufactured in Jackson. A woman wearing a corset is also depicted representing Jackson’s corset industry. Tyler Vorhees, from Michigan, painted the last car manufactured here – the Kaiser-Darrin. The Kaiser Darrin was meant to compete with the Chevy Corvette and had doors that opened by sliding them inside the car’s fiberglass body. Only 435 were produced in 1954 in a factory on Water and Bridge Streets.

If you have a free afternoon, take a walk downtown and enjoy your new Jackson. 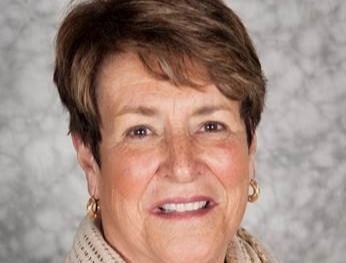 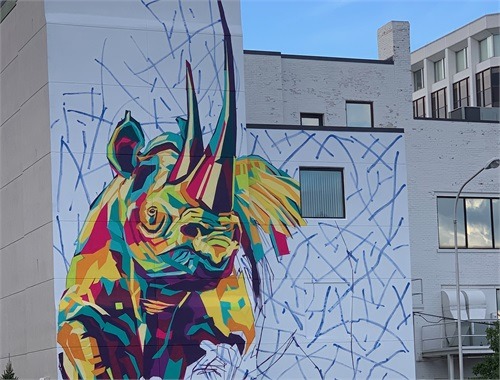 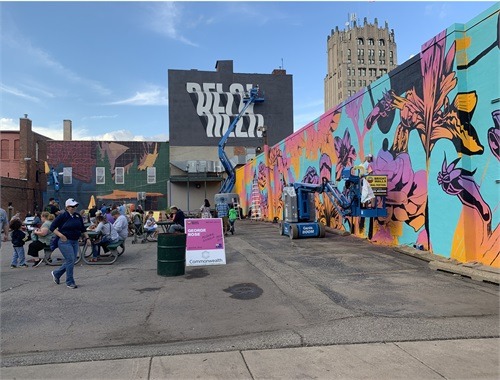